On the server side, MantisBT is built on PHP and supports Linux, Windows, and macOS. Chrome, Firefox, Safari, Opera, and Internet Explorer 10+ are all supported. MantisBT is most commonly used to track software defects. Users frequently configure MantisBT to function as a more general issue tracking system and project management tool.

Role-based access control for users, per project, puts them in charge of their business. The role-based access feature enables project managers to restrict or grant access and permissions to specific users for projects, data, and information.

A plug-in system based on events was introduced. This plug-in system enables MantisBT to be extended via officially maintained and third-party plug-ins. On GitHub, the MantisBT-plugins organization hosts over 50 plug-ins.

Notifications about issue updates, resolutions, or comments will keep your team and clients informed. MantisBT supports the sending of email notifications when issues in the system are changed. Users can specify their email addresses and set filters to define the minimum severity of matters for which they want to receive notifications. Users can also subscribe to issues that directly affect them.

Users can customize their issue fields, notifications, and workflow with MantisBT software.

There’s a MantisBT free version with limited features.  To know more about MantisBT pricing plans click on ‘Get Pricing’ to get a custom-tailored price quote for your demands.

Users can begin with one or more of the demo options provided by MantisBT, or you can click on ‘Watch Demo’ to learn more about MantisBT features and services.

MantisBT is a very flexible and significant project for software development, according to many users.

MantisBT is an open-source issue tracker that makes team and client collaboration simple, quick, and professional. Users can get started quickly and manage their projects while effectively collaborating with their teammates and clients. MantisBT software is an excellent choice when it comes to a web-based bug and error tracking and resolution feature for multi-user development teams of any size. 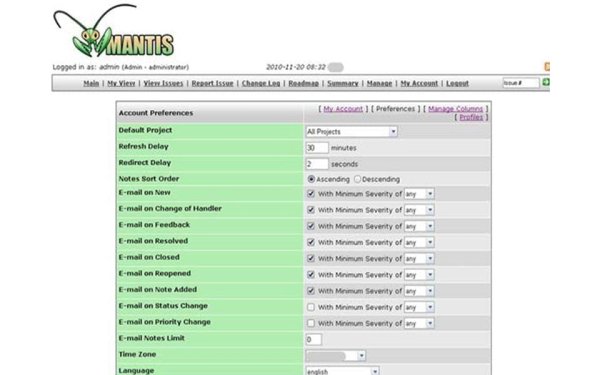 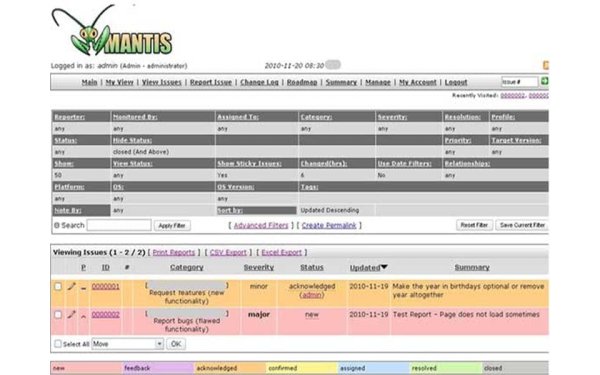 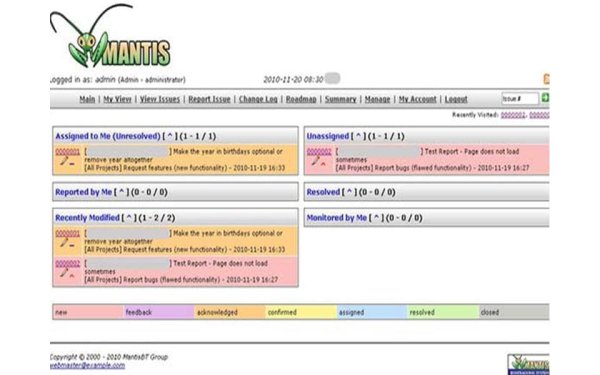 Does MantisBT offer an API?

It does not have an API utility.

It is compatible with Android and iOS devices.

How do you use MantisBT?

To learn how to use the software, users can connect with the support team through email. They can also utilize the knowledge base and FAQs/forum.

Built on the PHP framework, it helps track bugs and issues for projects in progress.

What is MantisBT used for?

It is an open-source and web-based bug and issue-tracking software solution.

What languages does MantisBT support?

The platform only supports the English language.

What types of pricing plans does MantisBT offer?

Users can download the software for free. Click on ‘Get Pricing’ to explore SaaS options with additional features.

There are no reviews for this product.

The True Cost of EHR Implementation in 2023

How PM software Can Help you Work Smarter?

Interested in partnering with us for your lead generation efforts?

X
By continuing to browse this site you are agreeing to our cookie usage.