What is Evernote Teams?

Evernote Teams is a task management and note-taking software where users streamline communication by collecting, creating, and organizing notes, pictures, videos, web clippers, and voice memos across multiple devices. Using Evernote, managers and individual team members can keep track of ideas, projects, and to-do lists in a centralized place accessible on computers, tablets, or mobile phones – even when offline.

What is Evernote Teams Best For?

Evernote Teams serves as an all-in-one digital file cabinet, personal notebook, and project management tool for individuals and teams. Each team member can create notes, keep on top of assigned tasks, and manage schedules in one place, while also collaborating with others for projects and meetings.

In terms of functionality, the platform is one of the most widely-used online note-taking apps and syncing services in the market, with its wide range of advanced features and collaboration tools available even to free users.

Evernote is also known for its highly-customizable user interface. Team members are able to work smarter and faster, brainstorm on large projects, share notes with ease, and see the most important information in a simple, organized view.

Once installed, Evernote Teams comes with a free version and offers a one-month free trial. The software then offers users two additional paid plans with annual and monthly subscriptions, which include ‘Professional’ and 'Teams' tiers priced at $10.99 and $14.99 per user per month respectively. Paid tiers of Evernote Teams offer advanced features like digitizing receipts, PDF search, and seeing the version history of your notes.

Evernote Teams supports integration with a variety of third-party software, including Microsoft Outlook, Google Drive, Slack, Salesforce, Google Calendar, and Microsoft Teams. It has cross-platform functions on multiple devices, such as laptops, tablets, and smartphones, and is compatible with Mac, Windows, Android, and iPhone operating systems.

How does Evernote Teams Work?

Users can create an Evernote account through its homepage, and click ‘sign up’ in the top-right corner. This will then allow access to Evernote’s dashboard and easy-to-install note templates, where users can customize built-in features for managing their own notes, assigned tasks, and schedules.

Using Evernote Teams is a lot more than just basic text. Users can add rich media such as pictures, web clippings, and voice memo files, or create tables and link to external content.

For those just starting out, Evernote business allows users to organize notes however they want, and add more notes, rename them, or move from one notebook to another at a later time.

Who is Evernote Teams for?

Evernote Teams is a great organizational tool to assist with any number of projects, from teamwork and business to day-to-day life. Some common examples of customers on Evernote Teams include:

With Evernote Teams, you can connect Google Calendar from up to five accounts to view upcoming events, search for similar notes, and create new meeting notes directly from your events. This lets you link notes to events and make them easier to find, which can better prepare you for them ahead of time.

Evernote Team’s Home function allows you to view your most relevant content on your dashboard first. This feature consists of widgets designed to display your most important content in an easy-to-follow format, with customizable options for notes, scratch pads, and recently captured images.

Tasks let you move seamlessly between your workflows and to-do lists, and manage the information you need to complete them. Tasks are kept in context with each of your project ideas, meeting notes, and other relevant documents, with unsorted tasks being kept in your default task note for later.

Evernote Team’s powerful search functions include drop-down tools such as real-time search suggestions, saved searches, and search filters to let you quickly locate whatever you and your team are looking for with ease. Advanced search filters like handwriting search, PDF document search, and geographic search are also available.

Spaces on Evernote Teams is the simplest way for you and your team to quickly find, view, share, and edit a collection of digital notes and notebooks in a single place. How you decide to use Spaces depends on the long-term goals of your team, as this function provides features for managing vendors, projects, and process management.

Is Evernote Teams Right for You and Your Business?

Evernote Teams works best for both individuals and small to medium-sized businesses, as well as large enterprises and nonprofit organizations.

Many users have recommended Evernote business for its functionality for all types of projects, and the software’s quick and reliable note-sharing features. Despite its deceptively simple design, many users also found Evernote Teams’ feature-rich interface as a great tool for collecting and organizing all kinds of information.

However, some have reported issues with the platform’s mobile app, with users requiring an internet connection to access all their notes – meaning that this wouldn't be possible while offline. 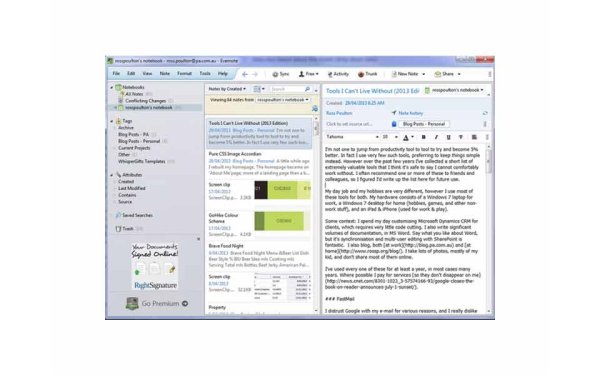 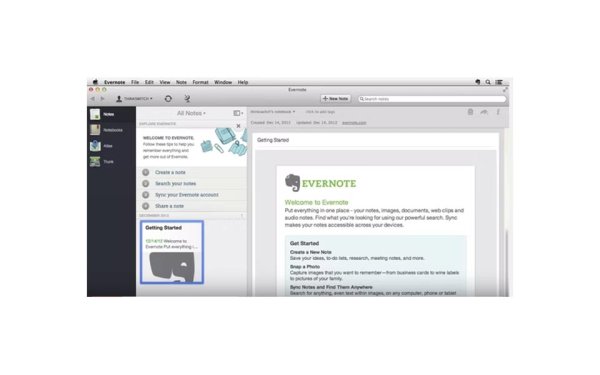 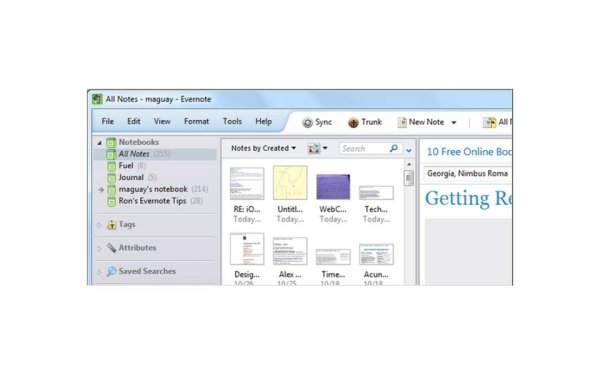 There are no reviews for this product.

X
By continuing to browse this site you are agreeing to our cookie usage.